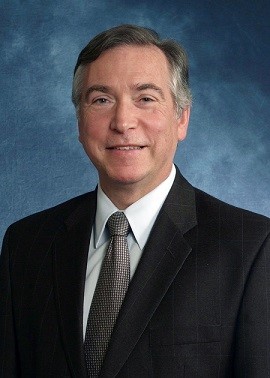 Bernard Gonik, M.D., professor of Obstetrics and Gynecology for the Wayne State University School of Medicine, received the Distinguished Service Award from the American College of Obstetricians and Gynecologists during the annual Clinical and Scientific Meeting held virtually April 30 through May 2.

The ACOG selected Dr. Gonik for the honor in recognition and appreciation of his outstanding contributions to the practice of Obstetrics and Gynecology and the promotion of women’s health.

“I am honored to be recognized for this prestigious national award from the ACOG,” said Dr. Gonik, who joined the faculty in 1994. “The award reflects favorably on the environment that I work in here at WSU, since many of these accomplishments can only be achieved through cooperative efforts of colleagues, our leadership and the patients we serve.”

Dr. Gonik, in 2017, was named one of only 15 Jefferson Science Fellows by the U.S. Department of State. The program, administered by the National Academies of Sciences, Engineering and Medicine, show cased his work as a senior scientific advisor within the Department of State in Washington, D.C., and within USAID's Global Health Division, in the Bureau of Maternal and Child Health.

He received the School of Medicine's Excellence in Clinical Teaching Award in 2014.