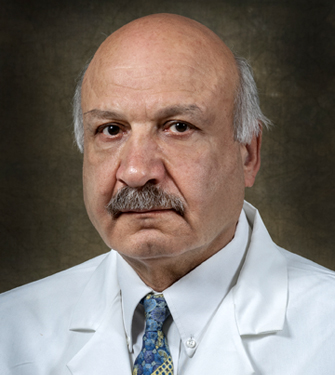 First & Second Prizes "Diabetes in Pregnancy: It’s Time for An Update” at the Detroit Marriott - Renaissance Center on December 6, 2016 (Mentor).

Pfizer-SRI President’s award by the Society of Reproductive Investigation 2016 (Mentor).

Invited Speaker, Mechanism of Circadian Rhythmicity and Melatonin Action" which will be held April 20th – 25th 2008 in II Ciocco, Italy.

Our lab studies, broadly, the effects of oxidative stress and related phenomena on women’s reproductive health. Several of our major areas of research include investigation of ovarian and oocyte aging with animal and human models, the effects of drugs and their metabolites on the oocyte, the impact of environmental toxins on female reproduction, dietary substances and their metabolites’ effects on female fertility, the relationship between redox balance and neoplastic growth in the female reproductive system, and interactions of various biochemical species, notably mammalian peroxidases, in influencing oxidative stress in the biological environment.

A key factor in influencing incidence of female fertility is the aging of oocytes. Our lab has identified a number of avenues through which oocyte aging is affected, including through nitric oxide (NO) dynamics and presence of various oxidants such as superoxide (O2•-), hydrogen peroxide (H2O2), hydroxyl radical (•OH) and hypochlorous acid (HOCl). NO is a ubiquitous signaling molecule with a vast variety of effects in various biological systems, but our lab has found that exposure to NO can ameliorate effects of oocyte aging. For instance, we have observed decreases in oocyte aging-associated phenomena such as aberrations in microtubule and chromosomal arrangement, cortical granule exocytosis, and zona pellucida hardening when aging oocytes were treated with NO. These findings led us to further investigate mechanisms of regulating NO in the oocyte and ovary. Arginase II is an enzyme that catalyzes conversion of L-arginine to ornithine and urea; as L-arginine is also required by nitric oxide synthase (NOS) in the synthesis of NO, the interaction between these two enzymes is a promising area of current study in our lab. Current findings indicate that inhibiting the activity of arginase II could increase NO production and decrease effects of oocyte aging, improving overall fertility. This and study of other influences on NO production, such as NOS modulation, could uncover a possible avenue for ameliorating the effects of aging has on female fertility.

Effect of drugs and drug metabolites on female fertility

A second area of research in our lab is the investigation of the effect of chemical toxins on female fertility. The first example is the finding that drugs used in chemotherapy, such as cyclophosphamide (CP) and ifosfamide (IF), and their derivatives (e.g. acrolein, phosphoramide mustard) can also cause infertility by either directly damaging the ovaries or depleting the ovarian reserve, which can stop ovarian function. Even mesna, an adjuvant to CP and IF commonly used to manage their side effects, has also demonstrated similar effects. Other than through cancer treatment, women may also be exposed to these metabolites such as acrolein through a variety of other sources including cigarette smoke, industrial, and environmental exposure. Our research has shown that exposure to CP, its derivatives, and mesna damage oocytes and embryos at the genetic level and generates highly harmful reactive oxygen species (ROS). ROS have been demonstrated to cause extensive damage to oocyte and embryo DNA, enzyme production and balance, lipid metabolism, oocyte cell structure, protein production, cell growth, and mitochondria, and even activate cell death. In particular, mitochondrial damage is responsible for a series of further events that damage the oocyte and embryo, including calcium dysregulation, antioxidant depletion, and further overproduction of ROS. Our research also shows some possibilities for reprieve from these debilitating events, such as use of antioxidant therapy and/or acrolein scavengers, which may help offset some of these effects and help women undergoing chemotherapeutic treatment.

Another major branch of our research is investigation of various environmental toxins, such as glyphosate (the main component of Roundup herbicide), bisphenol A (BPA) (a common component of plastics), dimercaptopropanesulfonic acid (DMPS) (a metal chelator used in metal poisoning treatment and some spa therapies), that have been associated with carcinogenesis and how they affect female reproduction. A key trend in our results shows that these compounds deplete zinc from oocytes, embryos, and ovaries. Zinc is an essential trace metal required in many processes, including fertilization, maintenance of key antioxidants, and cell arrangement maintenance. In concert with zinc depletion, these toxins also drive overproduction of ROS in oocytes, causing substantial damage to DNA and DNA-associated cell machinery. To help protect against these effects of environmental toxins, our research has recommended approaches such as zinc supplementation and supplements to increase antioxidant activity. These results also help women with conditions such as celiac disease, alcoholism, and diabetes, which also cause infertility through oxidative stress and metal deficiency.

Our lab has also studied the effect of certain dietary substances on female reproduction. For instance, our lab has found that D-galactose and its metabolites galactitol and galactose 1-phosphate deteriorated oocyte quality. Disturbances in spindle structure, altered chromosomal arrangement, enhanced ROS, and increased apoptosis of cumulus cells were all observed in oocytes treated with D-galactose or its metabolites. Many of these factors also predict future developmental competence after in vitro fertilization. These findings are important to women with classic galactosemia, who develop premature ovarian insufficiency despite proper dietary restriction, in both further understanding the pathology of classic galactosemia and developing treatments to ameliorate fertility defects associated with it.

A further key area of research in our lab is study of neoplastic activity in the female reproductive tract, especially ovarian cancer, in relation to redox balance. Through investigation of human samples, we established myeloperoxidase (MPO), a mammalian peroxidase that catalyzes production of HOCl most abundant in neutrophils, and free iron as potential biomarkers for detection of ovarian cancer. Indeed, destruction of the MPO heme by self-generated HOCl during steady-state catalysis was found to be a major source of free iron, which contributes to oxidative stress and is widely associated with a number of disorders, including cancer. Furthermore, our research has indicated a close association of redox balance and development of cancer. In collaboration with Dr. Ghassan Saed, we have found that leiomyoma of the uterus is characterized by defects in the cellular antioxidant system, especially deficiencies in superoxide dismutase and catalase. Furthermore, our collaborative studies also showed increases in expression of proteins associated with nicotinamide adenine dinucleotide phosphate oxidase, a major source of superoxide and oxidative stress, in uterine leiomyoma. Our research has demonstrated the importance of various redox factors in regulating neoplasms in the female reproductive tract and has shown some possibilities for both preventative and active therapies.

Finally, as mammalian peroxidases are key regulators of redox balance and free radical activity, our lab has also conducted detailed investigations into their properties and interactions with the female reproductive system. For instance, we have characterized many possible pathways of inhibition for MPO, a peroxidase we have also linked to deterioration of oocyte quality and a marker for cardiovascular disease. In particular, the interaction of HOCl and peroxidases such as MPO and lactoperoxidase (LPO) we have found to be a possible major source of free iron release through heme destruction. We found that this process is inhibited by antioxidants such as lycopene, melatonin, and mesna, which also prevent oxidative stress mediated oocyte aging and deterioration, and it is also regulated by the crosstalk between catalase and MPO as per our recent studies. LPO activity, i.e. synthesis of hypothiocyanous acid, is also important to redox balance in biological systems and especially pathology of the lung, and LPO’s interaction with substrates such as mesna and other thiol compounds are currently under investigation in our lab. The elucidation of the biochemistry of peroxidases in our lab promises to explain important factors in the maintenance of redox balance in the female reproductive system and beyond, providing discrete pharmaceutical targets for treatment of disorders such as infertility due to degraded oocyte quality.